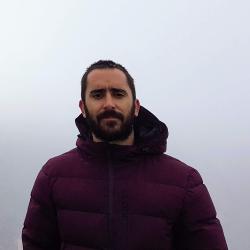 I am a Marie Curie fellow at both Kevin Johnson’s lab (Prairie Research Institute; University of Illinois) and Juan Gabriel Martínez’s lab (University of Granada).

My research interests revolve around the Ecology and Evolution of symbiont species, and mainly, I use molecular tools to address these questions.

During my PhD, I investigated the eco-evolutionary scenario of host-shift speciation in highly host-specific symbionts (feather mites) using methodologies such as DNA barcoding, metabarcoding, cophylogenetics, genomics, and macroecological analyses.

Currently, I’m working on understanding how fundamental (but still poorly understood) factors of evolution, such as hybridization and microbiomes, operate in host-symbiont systems (mostly in feather lice). To do so, I’m using cutting edge methodologies, e.g., phylogenetic networks and genome-resolved metagenomics. Moreover, I’m involved in different projects on symbiont conservation.

Conservation impacts of hybridization and introgression in symbionts: Measuring the magnitude and role in shaping eco-evolutionary variables. 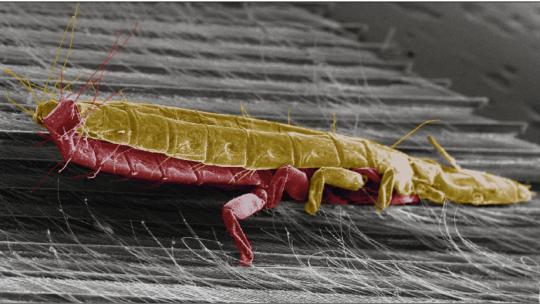 Replaying the Tape of Lice 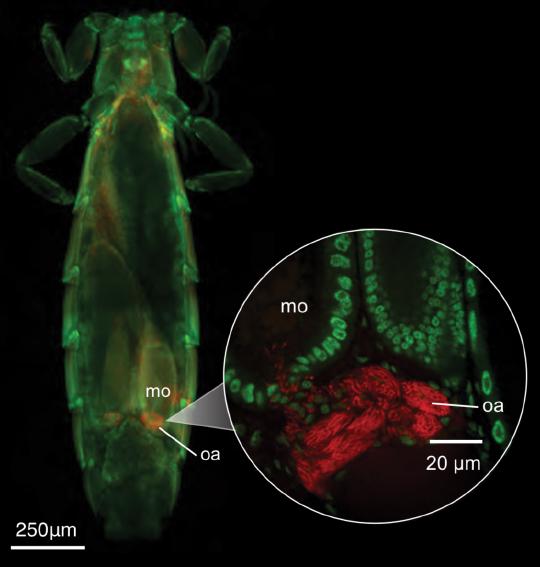 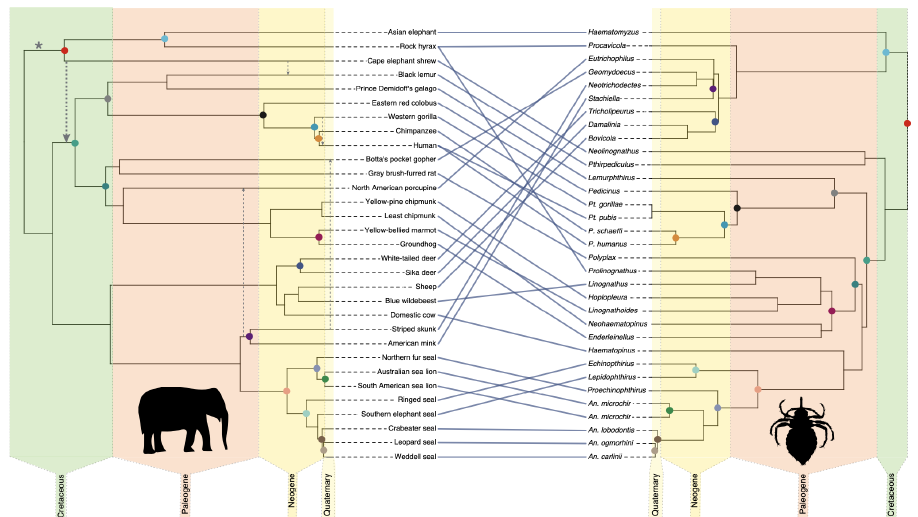 Phylogenomics reveals the origin of mammal lice out of Afrotheria

Mammals host a wide diversity of parasites. Lice, comprising more than 5,000 species, are one group of ectoparasites whose major lineages have a somewhat patchwork distribution across the major groups of mammals. Here we explored patterns in the diversification of mammalian lice by reconstructing a higher-level phylogeny of these lice, leveraging whole genome sequence reads to assemble single-copy orthologue genes across the genome. The evolutionary tree of lice indicated that three of the major lineages of placental mammal lice had a single common ancestor. Comparisons of this parasite phylogeny with that for their mammalian hosts indicated that the common ancestor of elephants, elephant shrews and hyraxes (that is, Afrotheria) was the ancestral host of this group of lice. Other groups of placental mammals obtained their lice via host-switching out of these Afrotherian ancestors. In addition, reconstructions of the ancestral host group (bird versus mammal) for all parasitic lice sup- ported an avian ancestral host, indicating that the ancestor of Afrotheria acquired these parasites via host-switching from an ancient avian host. These results shed new light on the long-standing question of why the major groups of parasitic lice are not uniformly distributed across mammals and reveal the origins of mammalian lice.
Johnson, KP., Matthee, C., Doña, J
Nat Ecol Evol, 2022
PDF Dataset Project 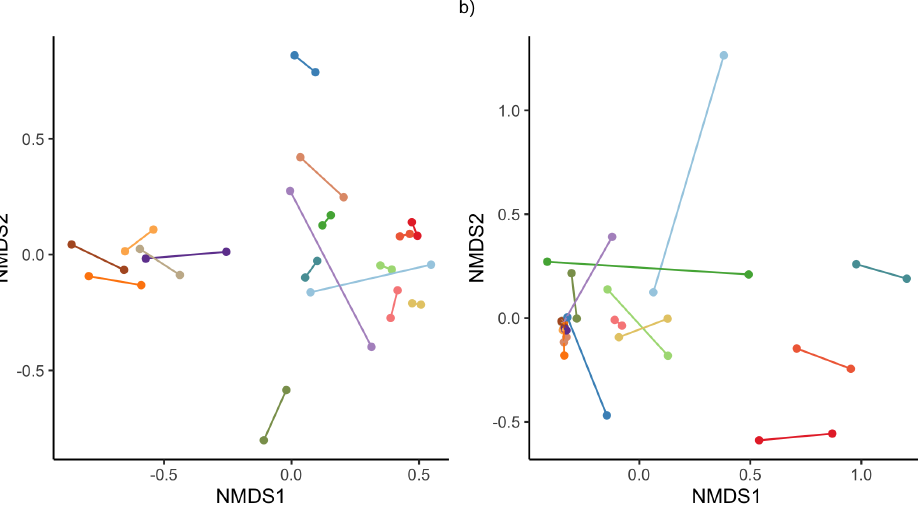 Patterns of microbiome variation among infrapopulations of permanent bloodsucking parasites

While interspecific variation in microbiome composition can often be readily explained by factors such as host species identity, there is still limited knowledge of how microbiomes vary at scales lower than the species level (e.g., between individuals or populations). Here, we evaluated variation in microbiome composition of individual parasites among infrapopulations (i.e., populations of parasites of the same species living on a single host individual). To address this question, we used genome-resolved and shotgun metagenomic data of 17 infrapopulations (balanced design) of the permanent, bloodsucking seal louse Echinophthirius horridus sampled from individual Saimaa ringed seals Pusa hispida saimensis. Both genome-resolved metagenomic and metagenomic classification approaches consistently show that parasite infrapopulation identity is a significant factor that explains both qualitative and quantitative patterns of microbiome variation at the intraspecific level. This study contributes to the general understanding of the factors driving patterns of intraspecific variation in microbiome composition, especially of bloodsucking parasites, and has implications for understanding how well-known processes occurring at higher taxonomic levels, such as phylosymbiosis, might arise in these systems.
Doña, J., Virrueta Herrera, S., Nyman, T., Kunnasranta, M., Johnson, KP
Front Microbiol, 2021
Preprint PDF 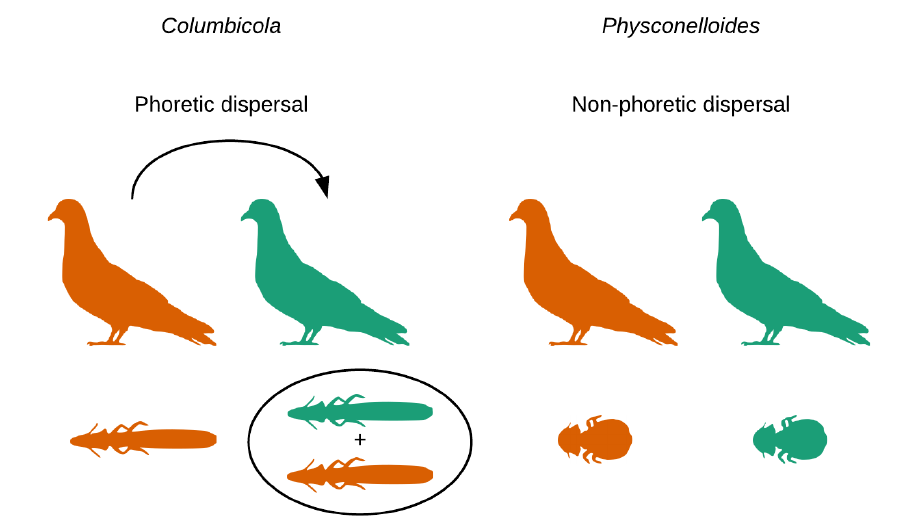 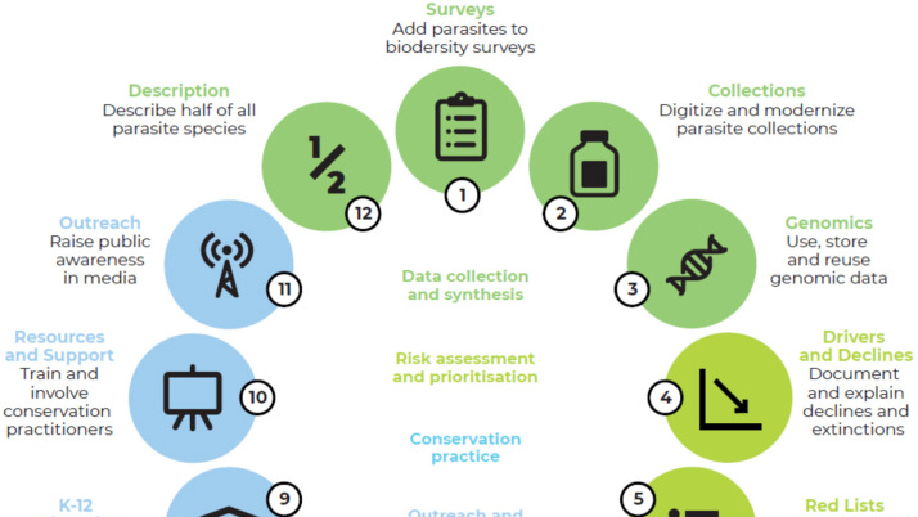 Found throughout the tree of life and in every ecosystem, parasites are some of the most diverse, ecologically important animals on Earth—but in almost all cases, the least protected by wildlife or ecosystem conservation efforts. For decades, ecologists have been calling for research to understand parasites’ important ecological role, and increasingly, to protect as many species from extinction as possible. However, most conservationists still work within priority systems for funding and effort that exclude or ignore parasites, or treat parasites as an obstacle to be overcome. Our working group identified 12 goals for the next decade that could advance parasite biodiversity conservation through an ambitious mix of research, advocacy, and management.
Carlson, CJ., Hopkins, S., Bell, KC., Doña, J., Godfrey, SS., Kwak, M., Lafferty, KD., Moir, ML., Speer, KA., Strona, G., Torchin, M., Wood, C
Biol. Conserv, 2020
PDF 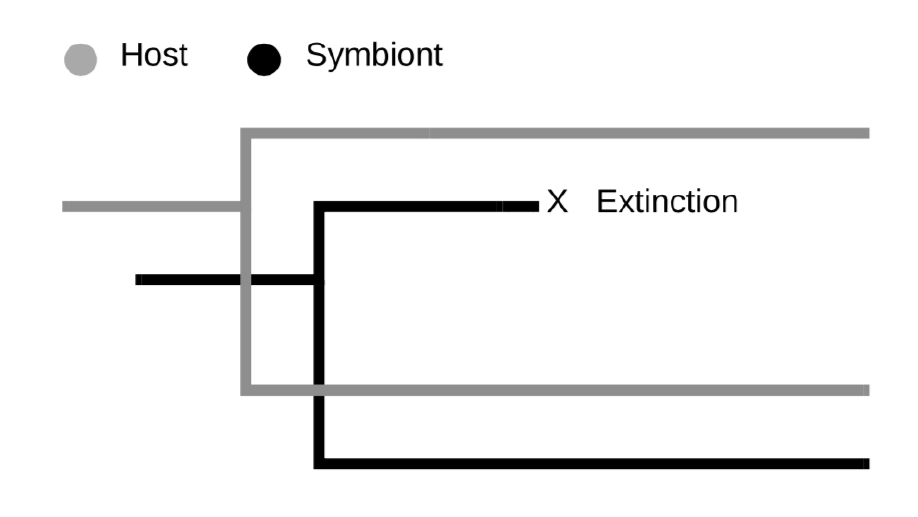 Parasite diversification is influenced by many of the same factors that affect speciation of free-living organisms, such as …
Johnson, KP., Weckstein, JD., Virrueta Herrera, S., Doña, J.,
Preprint PDF Project

Rhinonyssidae (Mesostigmata) is a family of nasal mites only found in birds. All species are hematophagous endoparasites, which may …
Osuna-Mascaró, C., Doña, J., Johnson, KP., De Rojas, M
Preprint PDF