Evidence of cryptic species in the genus Tinaminyssus (Acari: Rhinonyssidae) based on morphometrical and molecular data 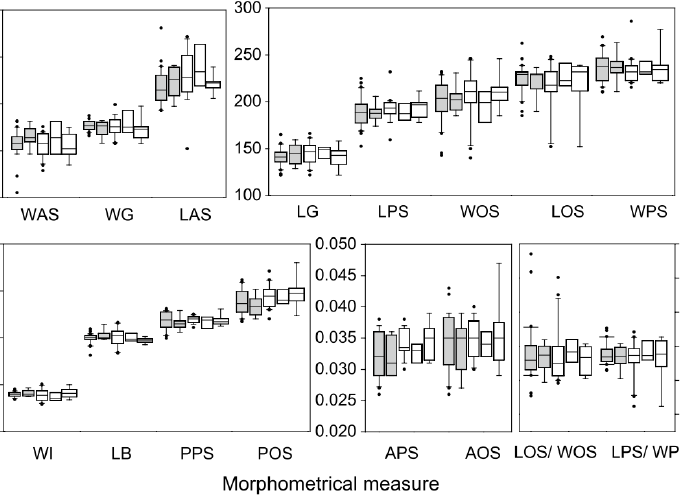 Evidence of cryptic species in the genus Tinaminyssus (Acari: Rhinonyssidae) based on morphometrical and molecular data

The study of cryptic species allows to describe and to understand biodiversity, and the evolutionary processes shaping it. Mites of the family Rhinonyssidae are permanent parasites of the nasal cavities of birds, currently including about 500 described species and 12 genera. Here, we tested the hypothesis that mites from five populations of the genus Tinaminyssus —three isolated from European turtle doves (Streptopelia turtur), and two from Eurasian collared doves (Streptopelia decaocto; Aves: Columbiformes)—are, in fact, two cryptic species inhabiting different hosts. First, we performed a morphometrical study on 16 traits. Then, we used the ITS1-5.8S rDNA-ITS2 nuclear region (ITS region), and a fragment of the mitochondrial cytochrome c-oxidase 1 (COI) to carry out phylogenetic and species delimitation analyses on Tinaminyssus species. Morphological analyses revealed a lack of biometric differentiation among Tinaminyssus populations from the two host species. However, molecular analyses indicated a high degree of genetic differentiation between populations of Tinaminyssus sp. from S. turtur and S. decaocto. Overall, results show that they can be considered as different cryptic species, suggesting a case of evolutionary stasis, likely because of the anatomical similarity between closely-related bird host species.