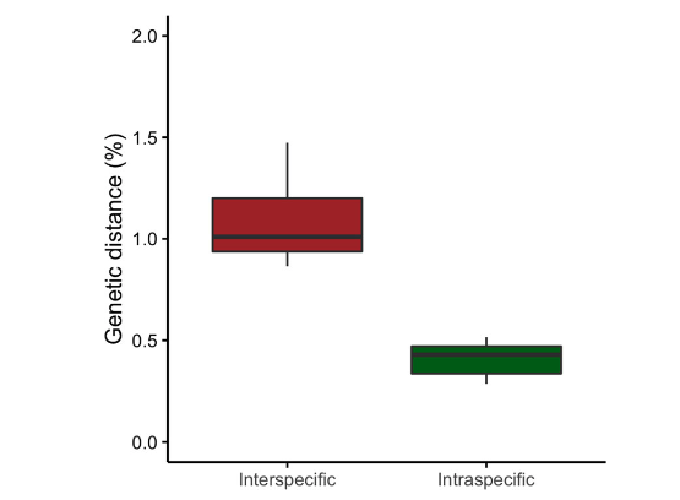 The patterns of genetic and phenotypic diversity in marine life are the result of different geological and ecological processes. We analyzed the pattern of genetic and morphometric variation of the razor clam Ensis macha along its entire geographic distribution. This species is one of the most important shellfish resources of South America. To uncover the genetic variation across this species, we used sequences of the COI mitochondrial gene and of 856 nuclear orthologs. To describe morphological variation in the shape of the shell, we used elliptic Fourier analysis followed by multivariate statistics. Two main genetic lineages were found, designated as Northern and Southern clades. This genetic distinction is concordant with a biogeographic transition along the Pacific coast of Southern South America, which is also known for other taxa. Based on the genetic distance between the two lineages, each lineage can be considered an incipient species. Morphological approaches revealed similar results, though there was no strict concordance between the morphometric and the genetic results. Geological history and ecological processes could both be responsible for the variation across the range of E. macha. In particular, fragmentation and isolation between populations may have favored genetic diversification, while the environment may have molded the variation shell shape. Lastly, our results have important implications for fisheries management, to preserve biological diversity of the world’s southernmost razor clam species.